We did some very interesting, cool things yesterday.

The first couple of things weren't incredible but still exciting. For me, anyway. The first thing we did was going to the airport to fetch the other four founders of The Chaeli Campaign. I was excited.

Then we went back to their hotel. They asked in the car on the way there "Can Chaeli get into our hotel?". This is what we found: 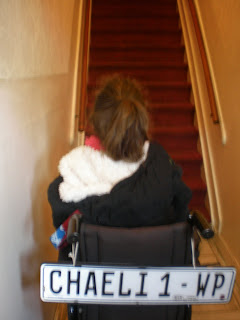 So, the answer was clearly a no.

We went to lunch. It was nice and we could charge my chair, which was a bonus.

The really awesome thing of yesterday was that we went to the market. It was awesome! I have never walked for that long in my entire life. It's the longest market I've ever seen. Still amazing. They had clothes and food (fresh fruit and veggies) and a whole lot of other stuff. 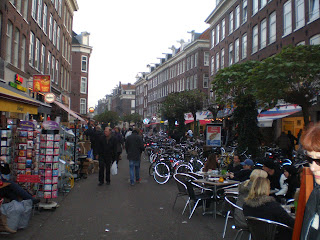 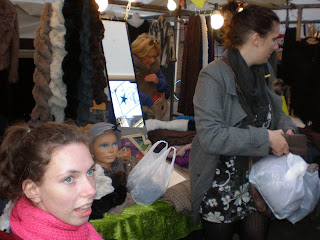 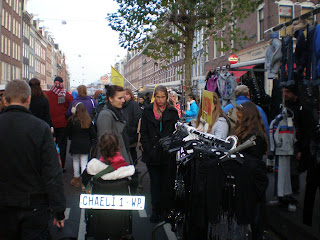 After the amazing market, we went for supper at Cindy's house. It was really nice that we could be in a real home in Holland. We had to take the Tram to get there though. It was very cool that I was able to use the public transport with very minimal effort. So cool.

Cindy and her family were amazing. They invited us into their home and we immediately felt like family. We had the most incredible food. Thanks George!! Luka, their eldest son had planned an awesome game of BINGO! It's the best game ever invented. Here's how we were rolling: 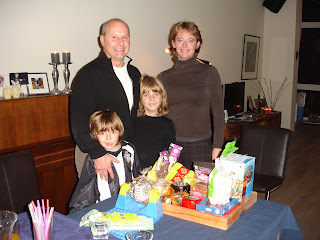 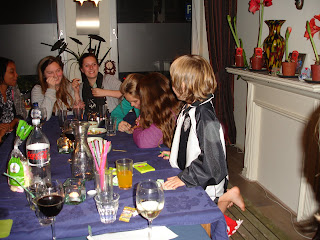 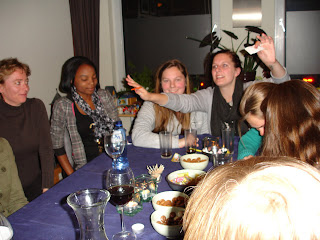 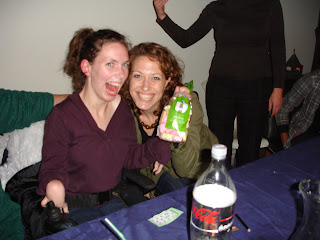